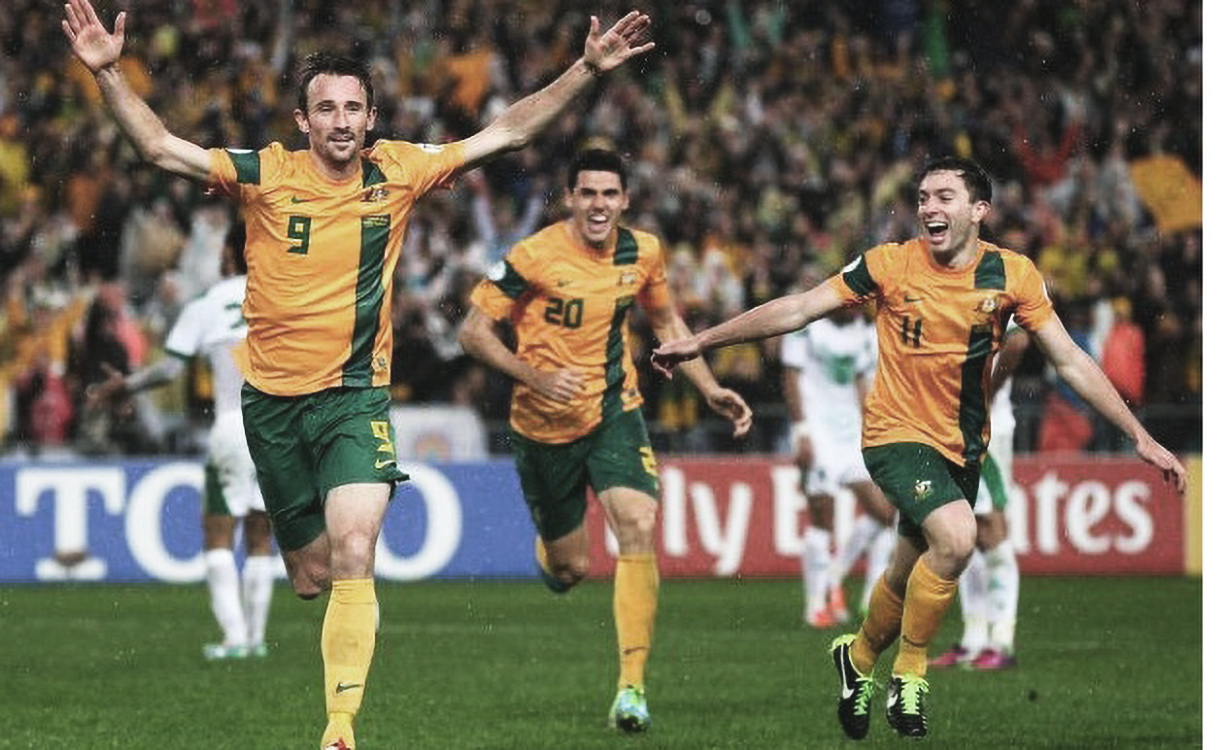 Socceroos might be out of the World Cup in Brazil, but that doesn’t quiet lessen our sporty spirit for the other teams. With quarter finals on the way and another week of excitement left to watch, there are several reasons you need to get into the spirit of football, the biggest being… weight loss.

You didn’t expect that, now, did you?

While one would associate watching football to weight gain, with the access to chips, alcohol and fried food during a sporty event, studies show that whether you’re an active participant during the game or an idle bystander, you will lose weight either way.

Before The Match
It all starts before the game, when your brain floods with 29 per cent more testosterone, shows a study from Spain. Yes, even women experience a boost of testosterone, just not as much as men. The more you care about the match’s outcome, the more your testosterone levels rise. The reason for this is a strange one, however. As a fan, you start to associate yourself and your existence with the team – their success and failure becomes a reflection of where you are heading in life.

An Italian research suggests that when you start watching the game, a big part of the brain starts to imitate the visuals on the telly. Your brain starts to duplicate the moves by 20 per cent and the neurons start to fire up.

Additionally, if you have experience in the game or have played it in high school, you’re more likely to charge up the neurons and send your adrenalin levels soaring high. This adrenalin also has the capacity to curb the appetite and pump up the metabolism, shows a UK study, which could burn up to 100 calories in the first half itself.

While the game is on and the pressure is soaring, the body produces cortisol – a stress hormone – especially when your team or player are not doing that well. The distraction from your daily routine could help your brain from not getting anxiety over other tasks from your everyday life. Take it like a temporary relief from life’s stresses, be it from completing the presentation or paying the electricity bill. Diverting activities like the World Cup, draw your brain’s attention away from your stress sources, and so give you a break from your real-world worries, the Bama researchers speculate.

Your brain and body crave excitement on a daily base, and may react more strongly to exhilarating matches, if that thrill is absent from your present life.

A study from Canada shows that after watching an aggressive sport, you are left feeling aggressive and hostile. It’s all a mixture of testosterone, cortisol and other hormones, that make you want to scream and cheer on the winning team.

Another research from Tufts University shows that the brain experiences an uptick in dopamine, a feel-good hormone associated with sex, even if your team has lost.

University of Chicago researchers also found that, among those who play or watch sports, there is an increased activity in the brain’s motor cortex and it only goes to improve for the fans as well as athletes.