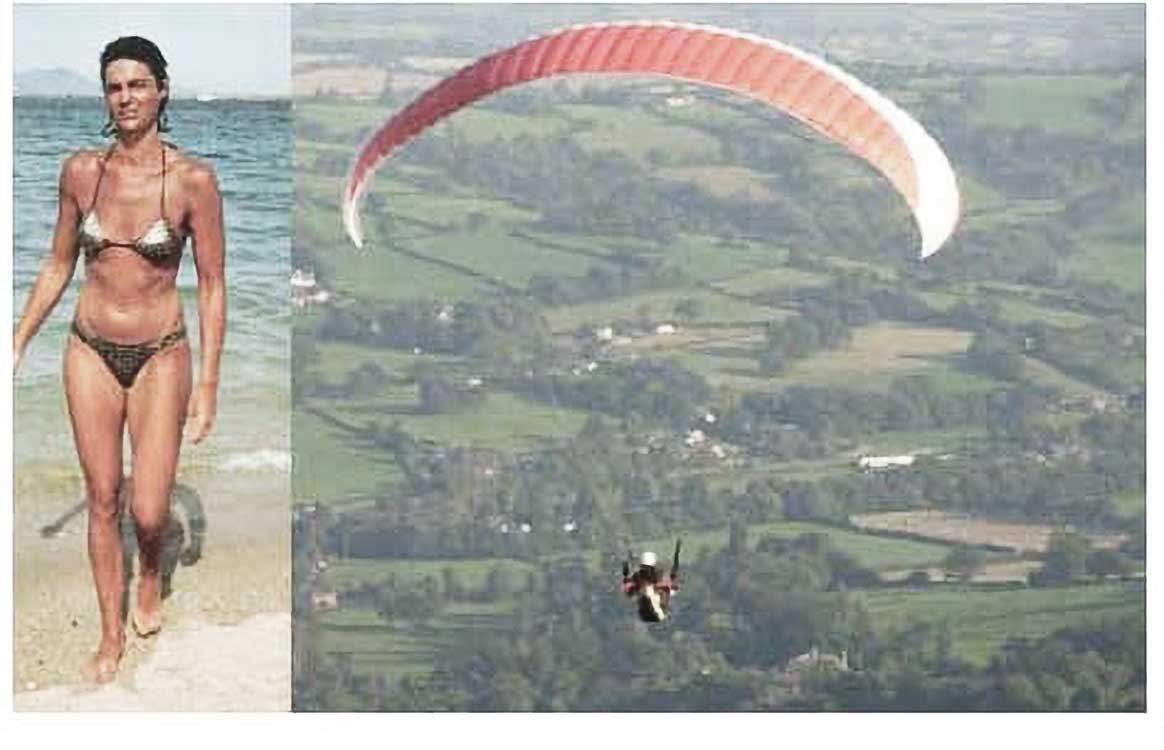 A British woman’s “washboard” stomach muscles have saved her from dying in a freak paragliding accident, doctors say.

Peggy Williams was on a holiday in Andalusia, southern Spain when a gust of wind caught her para glider and lifted her off the top of a cliff, theTelegraph newspaper reports.

Thrown about like a rag doll, she plunged 5m and was dragged across a rocky outcrop on her stomach.

Ms Williams suffered a torn liver and almost severed her pancreas but was ultimately saved by her stomach muscles which acted as a “girdle” to protect her other vital organs.

“I kept seeing rocks going past me and smacking me,” Ms Williams was quoted as saying.

“I was dragged for what seemed like an eternity over the rocks, tearing my stomach in the process.

“I was only told later that it was my washboard stomach that saved my life.”

accident. The adventurous woman had been flying for more than two years and was

in the middle of a paragliding holiday with friends when the incident occurred.

Ms Williams, who has no children, said she kept to a simple exercise regime to keep fit.

just a one-minute regime,” she said.

“I also run two or three times a week, and together that keeps me fit.

“More than one doctor has said that being so fit is what saved my life.”