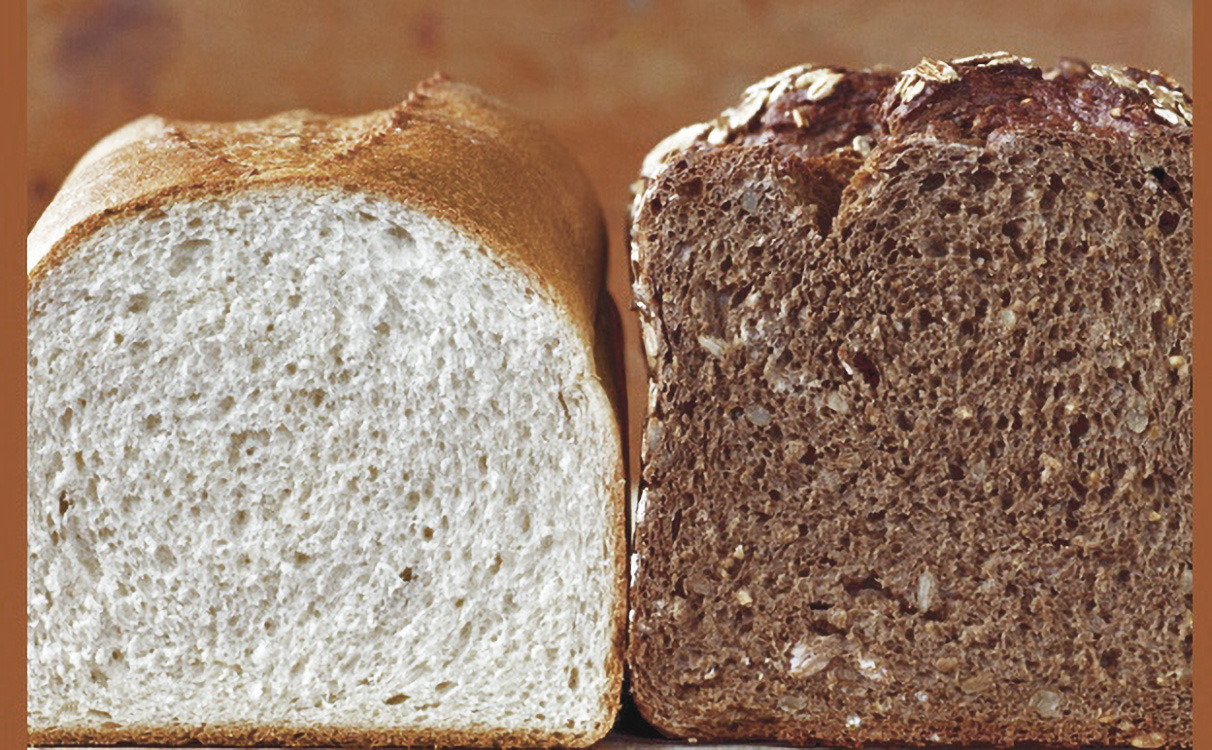 Bread is a staple diet food in most countries around the world. It’s a no-nonsense food that doesn’t require any rocket science cooking. But would you feed your family this easy-to-prepare meal if you knew it was packed with preservatives and artificial sweeteners?

While most bread companies claim their loaves to be the freshest, in reality, some breads are the stalest kind you can purchase. In the video above from A Current Affairs segment, I talk about ways you can find out whether the bread you purchase is the best kind or not.

Why do some breads go mouldy faster?

Acidity: The closer the bread is to a neutral pH level (7.4), the faster it will mould. The more acidic it is, the slower the moulding process will be. This is why sourdough bread moulds slower, because it’s more acidic in nature.

Type of bread: White, multigrain, wholemeal, rye or seeded – all of these matter for how mouldy the bread might be. White bread is typically higher in refined sugar, which are more easily acted upon by mould.

Moisture level of bread: The more moisture, the loaf of bread retains, the faster it will mould. Harder outer crust helps to lock in moisture and may prevent moulding, significantly.

Climate: Mould grows best in dark, warm environment. So if the bread is kept in a cupboard, it will mould faster than the bread that’s stored in fridge. However, bread in fridge will go stale faster!

Preservatives: If your bread has added preservatives like, egg, salt, vinegar, as well as artificial preservatives, such as, 282 (which reacts really badly for some people), it’ll mould faster.

How to prevent bread from going mouldy?

What is the best bread to eat?

If you’re lucky enough to have a bakery that bakes fresh loaf in its premises, then definitely opt for that over the supermarket kind. As for the type, multigrain, seeded, sourdough, hard crusted and unsliced are the best kinds of bread.

When buying bread, read ingredients and be vary of any preservatives (especially odd numbers) in it.

If you’re a regular bread consumer, store bread at room temperature (20C), out of direct sunlight. Storing bread in your refrigerator is not recommended as the cold air promotes the product to stale faster.

If you eat bread occasionally, freeze the loaf. But there’s a way of doing that too – overwrap the package with a freezer bag, eliminate air in bag and seal. A loaf can be kept in freezer for up to four months.

How often do you eat bread? What brand works best for your family?