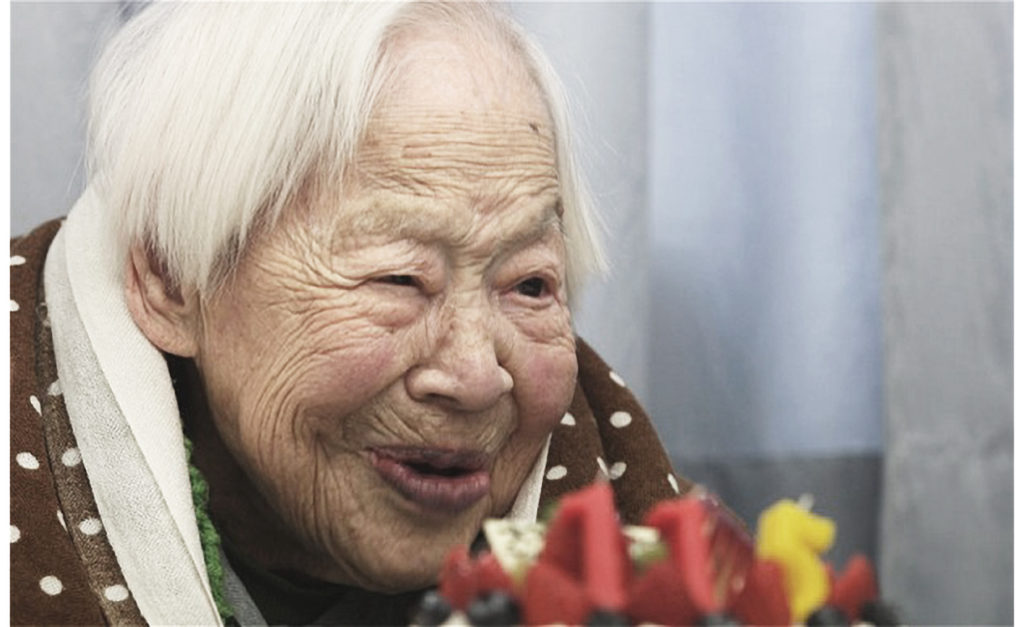 The world’s oldest person has revealed the secrets behind her long and healthy life, as she celebrated her 116th birthday in March. I find this story so inspiring, because it only goes to show that there’s so much more to a well-lived life than diet and exercise.

Misao Okawa from Japan celebrated her 116th birthday on 5 March 2014 and attributed her long life to two very basic things: sushi and sleep. She eats three meals a day and ensures she knocks down eight hours of sleep every night. How basic is that? No carb restriction, no adverse diets and no boot camps.

Mrs. Okawa has four grandchildren and six great-grandchildren, all in Japan, and she insists on eating her favourite sushi with oily-fish mackerel on vinegar-steamed rice, at least once a month, as reported by The Telegraph.

Mrs. Okawa became the world’s oldest person following the death of another 116-year-old Japanese man in June 2013, only proving how healthy and clean Japanese lifestyle is. Despite their food being heavy on white sushi rice and oily seafood, now there’s proof of Japanese descendants living longer than any other nationality in the world.

To take a leaf out of their secret to longevity, here are five healthy habits we can steal from Japanese people and adapt into our lifestyle:

Fun Fact: A Bolivian indigenous farmer claimed to be 123-years-old, in August last year, and he attributed his longevity to a diet of quinoa, mushrooms, raw cacao and lots of alcohol. Hmm, not sure about the last one, but the rest sounds promising.